Pay as you go, own it with 26 bi-weekly lease payments, 100 days same as cash or buyout early anytime & save up to 50%. No down payment, no commitment, return/cancel anytime.
Ownership Cost (before tax)
100 days same as cash: $615
26 Bi-Weekly (12-mo) lease payments: est.
The ownership cost is an estimate as this may vary by state. The exact ownership cost will be provided on your Lease Agreement. You will have the chance to review the ownership costs before agreeing to the terms of lease agreement.
Availability: In stock
SKU
VUZE-1-BLU
Add to Wish List Add to Compare
Details

The Vuze 4K 3D 360 Spherical VR Camera, in blue, features eight image sensors allowing you to record 360° spherical VR videos and photos in stereoscopic 3D, capturing one UHD 4K image for each eye. Then, you can watch it all with a VR headset (not included) or on 360 platforms like YouTube 360 for a full spherical VR experience. The camera captures audio via four on-board microphones.

The Vuze is designed to be used mounted on mini tripods or monopods (sold separately), and it features a 1/4"-20 threaded mounting hole on the bottom for attaching to such support accessories.

The compact camera comes with a proprietary stitching software (Mac/Win) called Vuze Studio that enables you to stitch the separate images together into a spherical format, and it also includes the Vuze Mobile App (Android/iOS), which can be used to remotely control the camera and manage files.

The camera records everything to a microSD card (sold separately), from which the files can conveniently be played back as well as shared. 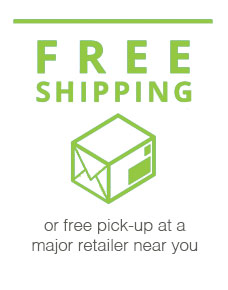